I wanted to get to the kitchen next with a view to getting the stove in..   Of course there are a number of things to be done before I could do that...
I worked out the approximate design of the kitchen but specifically the stove location.   I cut the hole in the roof and put in the vent outlet for the range hood.
Next running the wires to the place the lights will be.   How many do I need..?   I ran wires for an extra one that I can turn off if not needed. 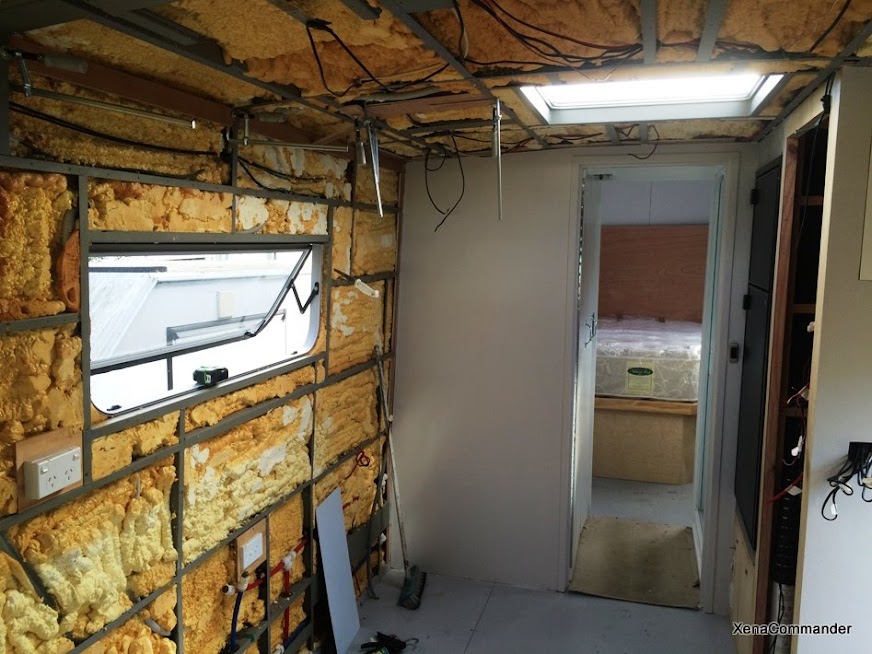 Running wires...  I decided not to put strapping on the kitchen ceiling..  it would lower it too much and the frame would good enough to glue it to..
To measure the edge of the ceiling panels I had to know where they would go..   So I had to put the strapping on the lounge ceiling and sloping panel. 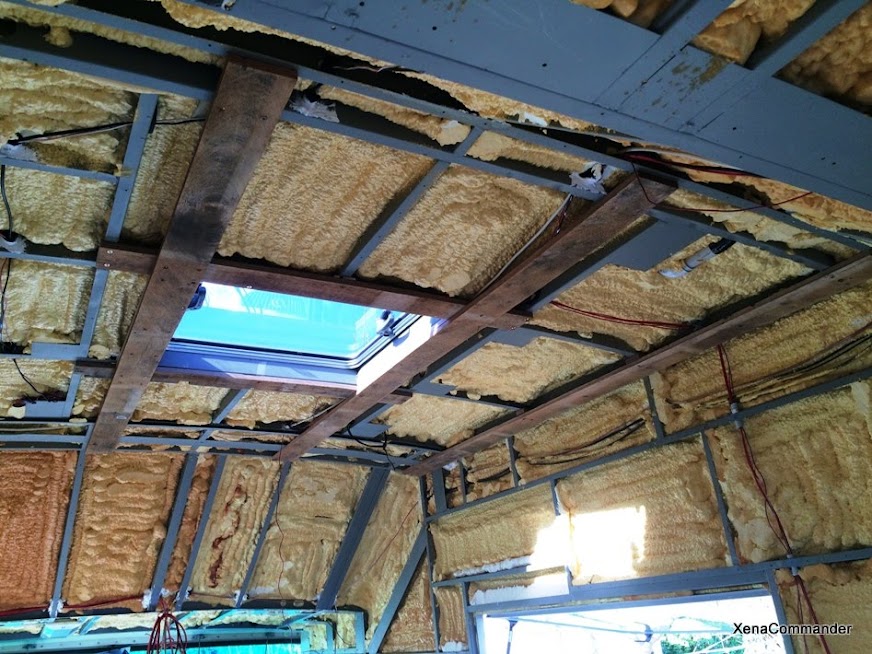 Strapping around the hatch is required as the central part of the roof is higher than the surround.  The removable plug causes this so I need to cater for this. 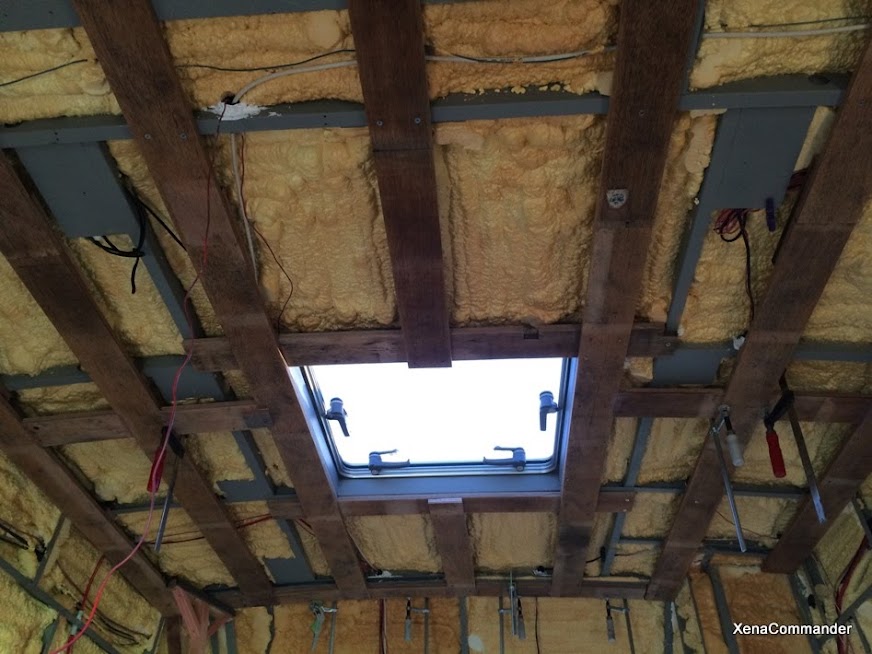 Strapping up.. Now the sloping panel.. 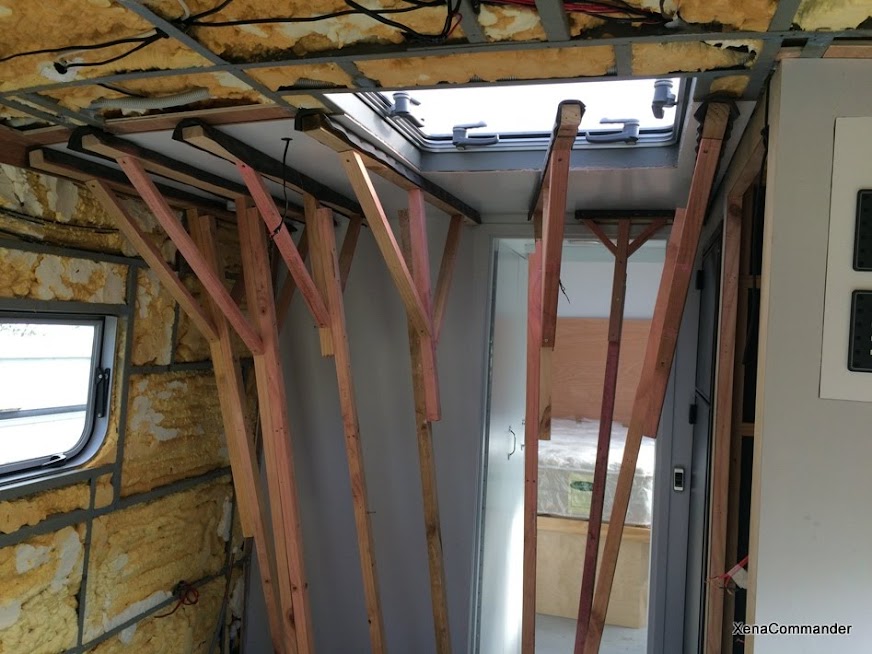 First ceiling panel up and propped...  I had a friend staying this week and he was very productive on the job.   He went on and did the strapping while I glued up the ceiling. 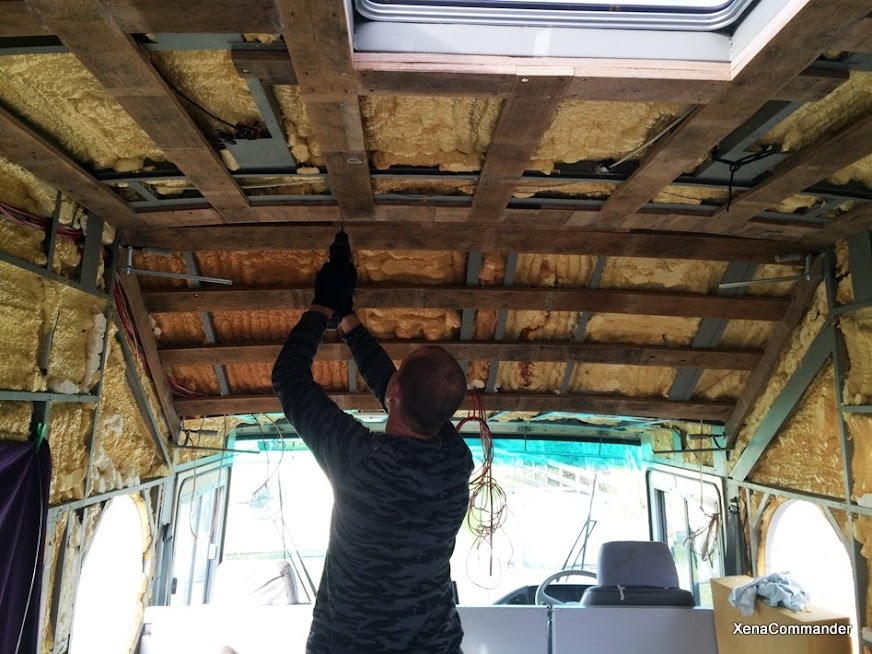 Friend Jan tackling the forwared sloping ceiling panel while I did the kitchen. 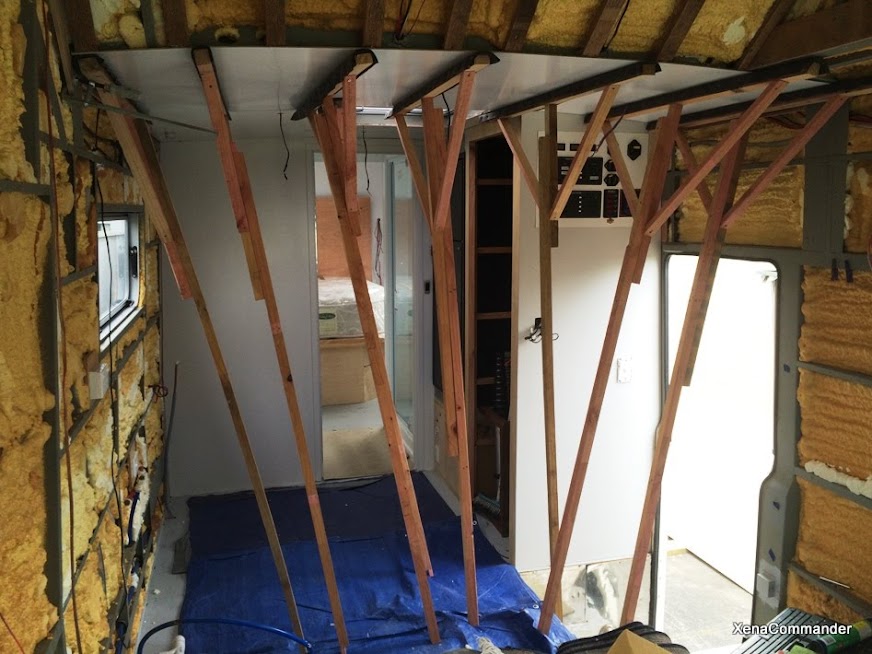 Second panel up.   Props are so handy. 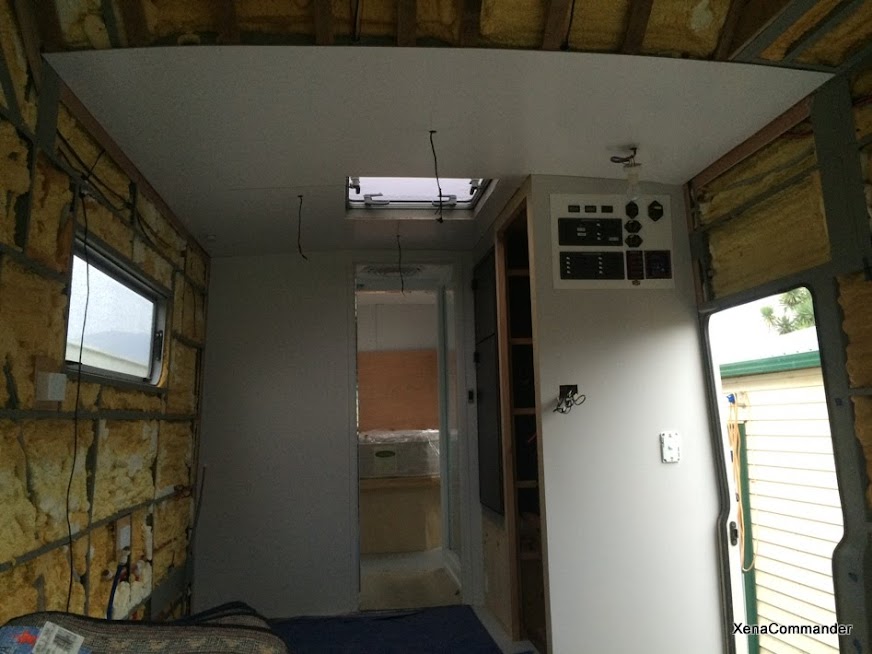 Props removed and ceiling looking good...  Now I need to hook up the lights. 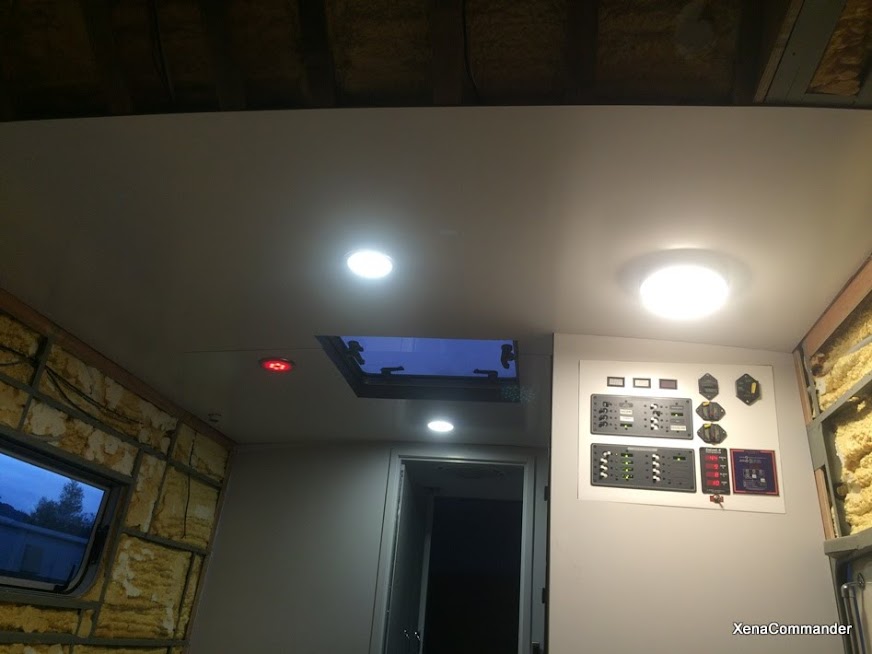 Lights in and tested..  The big one abovr the doorway is 230v LED..  only used when on shore power.
The two center ones are LED on a switch..  The one showing red is an extra one I put on this circuit that can be touched to turn it off or light 7 red LEDs.   Another circuit will have a strip of LEDs under the cupboards once built.

I decided to continue with the ceiling so am running light wires at moment.

Oops, you forgot something.

The words you entered did not match the given text. Please try again.

Pretty Much ALL DONE...
by XenaCommander | 107 comments

Self Containment, Lounge Seat and Floor Down - Aug 17 to April 18
by XenaCommander | 105 comments