year has gone by since I wrote about the acquisition about the .454 Casull..    I have enjoyed the rifle and am now well into reloading.   I must admit the reloads are much easier on the shoulder than the factory rounds...  that being said I seem to get just as good accuracy from them.

This year...  Keeping in the vein of lever action rifles I purchased a .22 Norinco Lever Action..   A cheap chinese rifle but it fires well and is accurate enough for plinking down at the quarry... 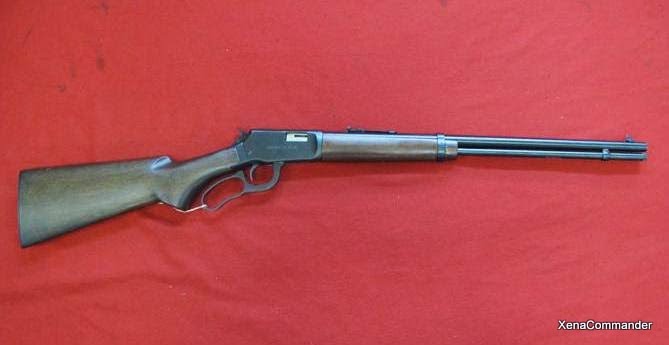 Next TK spoiled me again as she is apt to do by buying me a Rossi Wizard Break Barrel..   with a .223calibre barrel.    I wanted this caliber as it is one of the most popular these days.   I also got the reloading gear for it so I can reload the ammo for it..

This is a pic of a Wizard..  this one is nickel finish but the one I have is blued...   With the Wizard you can get other caliber barrels so not long after that another barrel was added..   This time a .308   another popular caliber these days..  close to the 762 military round.  I am also reloading them.

For my Christmas present this year I bought myself another lever action..  This time a Mossberg 30/30...

A nice rifle...  and boy does it pack a whack...   but very accurate and fun to use...   I have the reloading gear for it but haven't fired off enough rounds yet to reload...

At the beginning of our holidays we went down to the unofficial range and had a blast trying the whole lot...  Great fun... 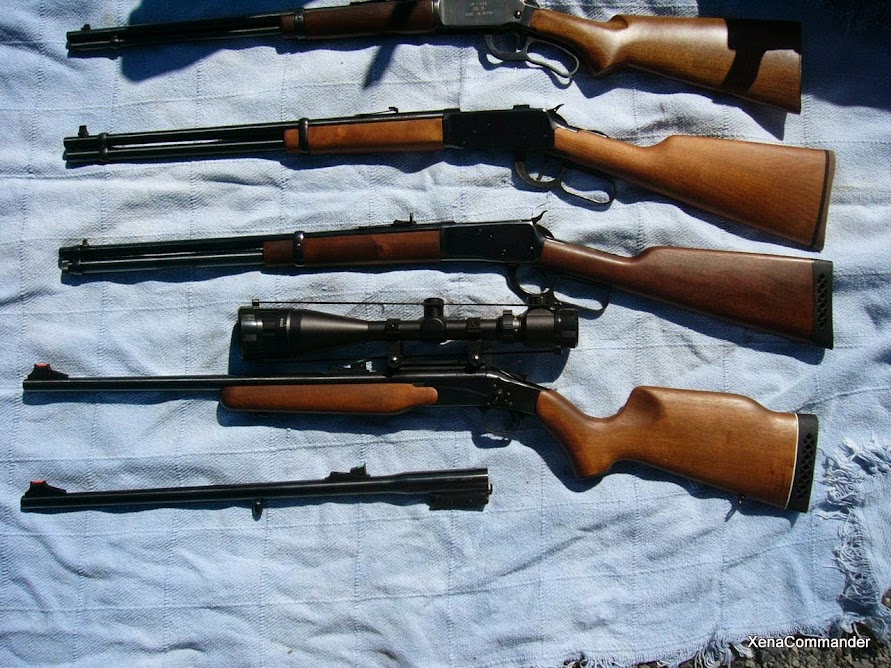 TK convinced me to take a break from truck building this afternoon and go and try out my christmas present to myself.   I had finally relented and purchased a Rossi .454 Casull lever action rifle based on the famous 1892 Winchester.    I got it because I wanted a lever action rifle and I want to learn how to reload the ammunition for it.  This rifle came with some reloading equipment.  These lever action rifles actually fire a pistol round.

So this was the first outing.   TK and I loaded up all the firearms and headed out to the unofficial range nearby.  I wont say exactly where it is but it is a perfect location and is often used by the locals based on the number of targets left lying about all shot up..!! 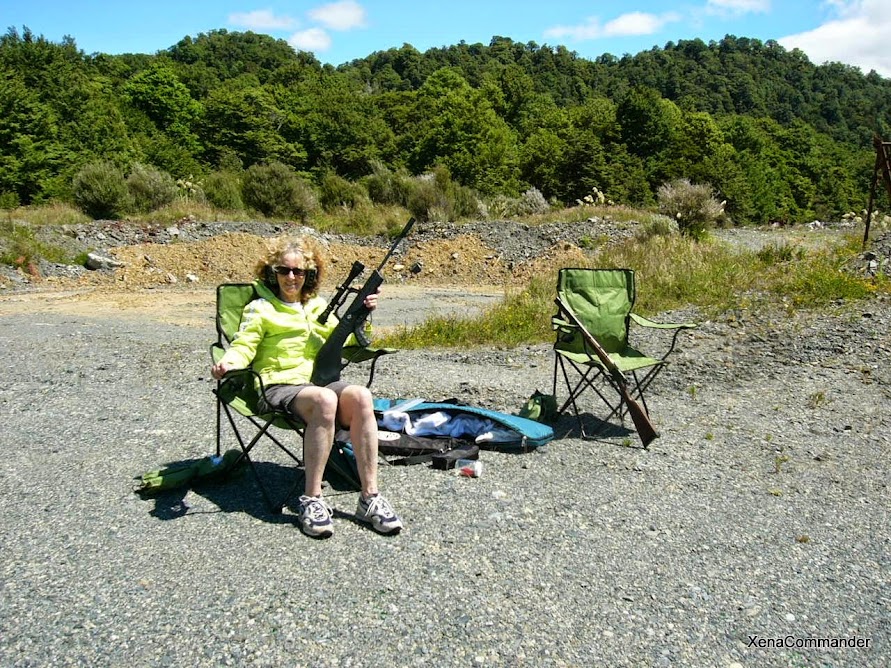 Of course we like to do things in style.  TK at the firing point with her Norica Goliath...  It looks like a military weapon but it is a .177 air rifle.   Has a kick bigger than a .22 and she loves plinking with it...   Practicing ready to go hunting rabbits.   The Rossi is leaning on my chair.

A while ago I built an engineers workbench and bought a sheet of 5mm steel fot the top.   With the leftover sheet I cut a square to use as a target.   It makes a nice "GONG" when hit.  Great for .22LR plinking. 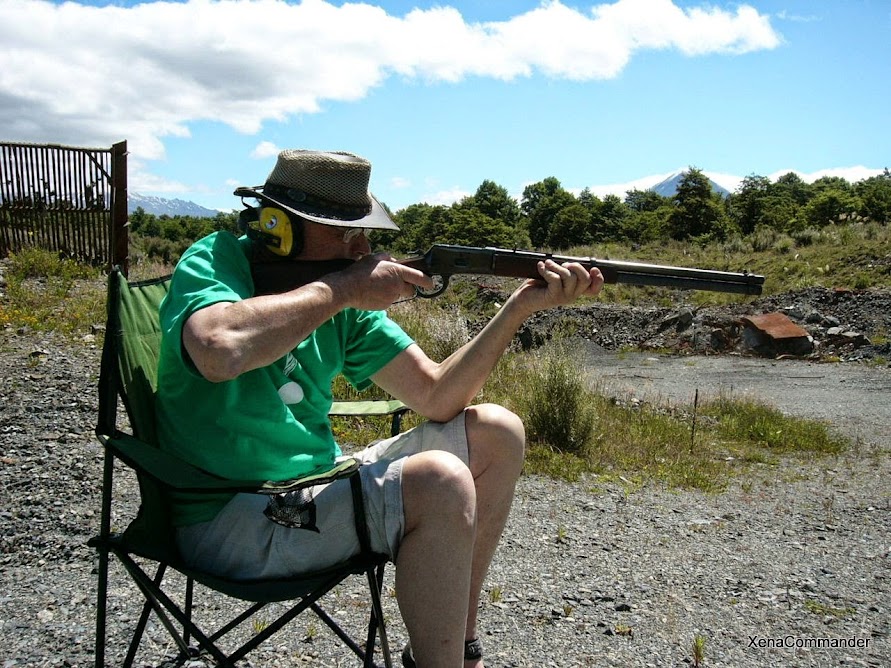 XC taking careful aim...  Not having fired the rifle before I was not sure how much of a kick it was going to give.
Then I found out  "BOOM"... Just as well I was holding it tight into the shoulder.
HIT..!
We walked down to the target about 50m away and as I got closer I saw that it had actually made a hole in the 5mm steel.   Amazing power for a pistol round.

TK was not to be out done..   She dug out her Rossi Puma breakdown rifle she got for christmas last year.  It has an interchangeable barrel...   a .22LR  and a .410 shotgun barrel.     She puts the .410 on and loads up with a solid slug cartridge. 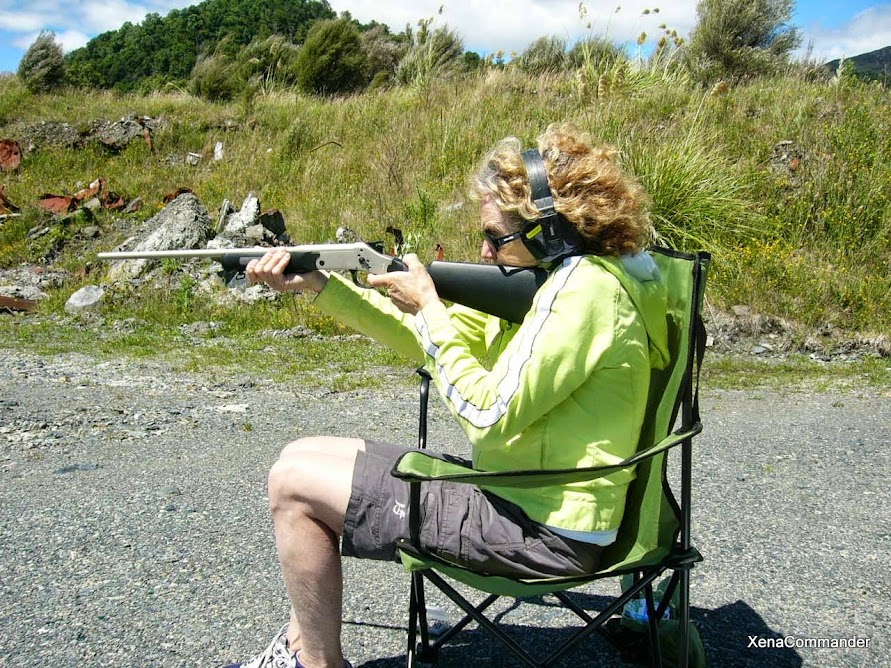 She had not fired this barrel before either and was surprised at the noise and the kick it has for such a small gun.   She missed my steel plate target but hit the frame it was being held by...  Mumble..!!! put a hole in it.!!

We spent some more time plinking.  TK with her air rifle and I put on the .22LR barrel on the Puma and fired off a few.  Great fun.

When we got back home I took a pic of the plate... 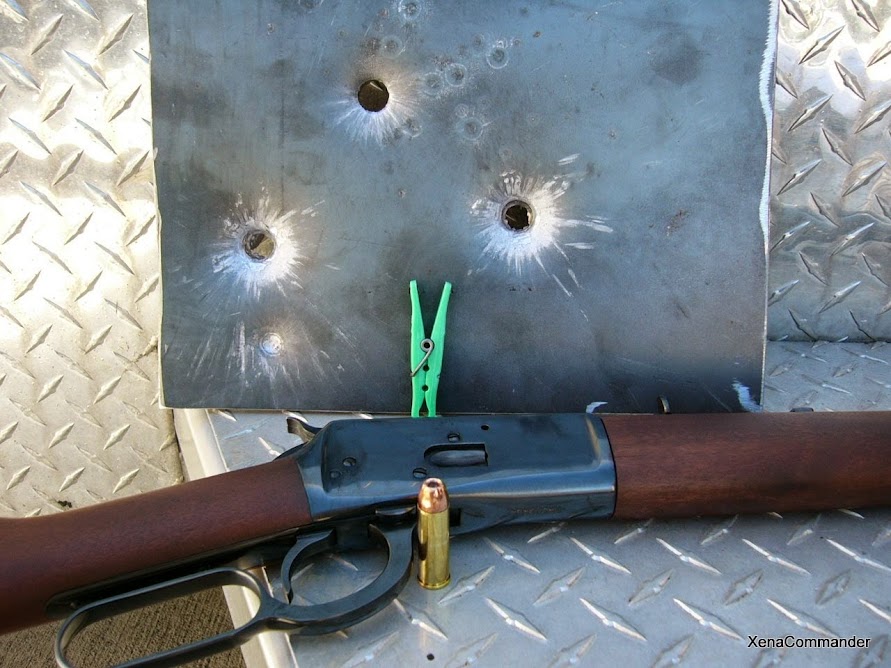 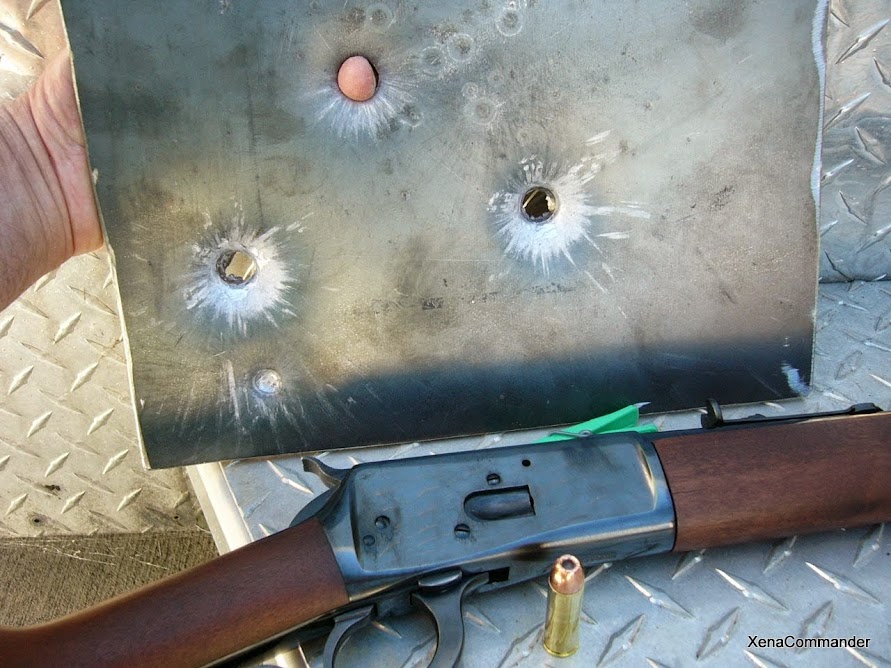 Just to prove there is a hole in the plate steel..  I shove my finger through it to take a pic... 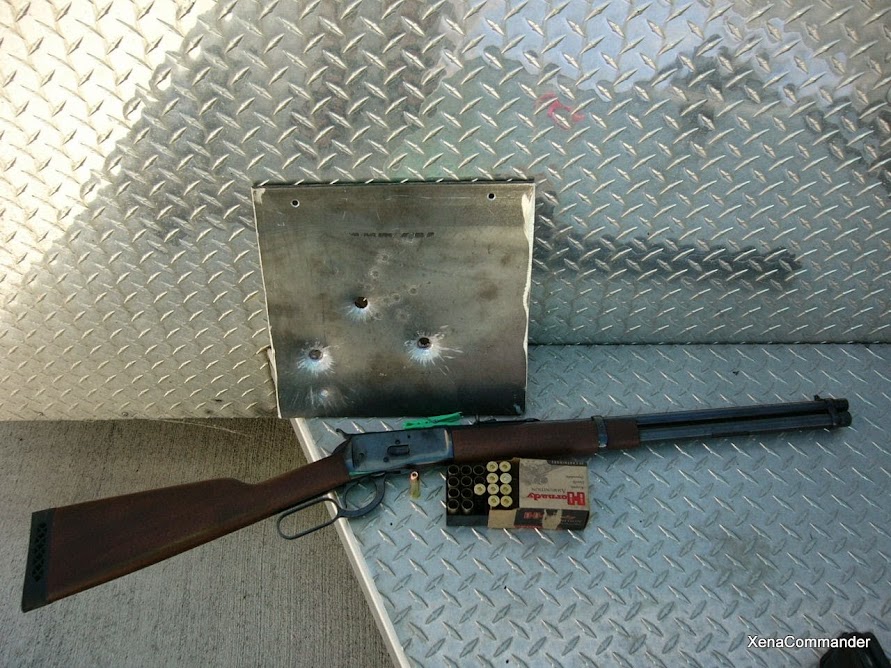 A great christmas present...  The ammo I used was Hornady 300 grain bullet...  When I reload the cases they wont be as powerful as the factory loads.   So my shoulder will appreciate it.  It will be interesting to see the different effects the different loads have.

All good learning.  Thanks to Russell who was generous with tips and hints with the rifle.

Watch this space for more fun on the range.

Pretty Much ALL DONE...
by XenaCommander | 107 comments

Self Containment, Lounge Seat and Floor Down - Aug 17 to April 18
by XenaCommander | 105 comments